Starting in the late 1950s, Porsche dominated motor racing across the Alps with a succession of small, lightweight sports cars. While the Porsche 910 Bergspyder reigned supreme in the European Hillclimb Championship in 1967 and 1968, Ferdinand Piëch’s race engineers had already produced an even more dramatic car – the Porsche 909 Bergspyder. Thanks to its radical lightweight construction, the bespoke hillclimb car weighed just 384 kilograms. This makes it the lightest racing car ever campaigned by Porsche right up to the present day. Even though it did not pull off any great victories, the Porsche 909 Bergspyder is still impressive proof of the possibilities of weight-reduction.

With the Porsche Boxster Bergspyder, Michael Mauer and his design team paid tribute to this legend of the hairpin bends. At the same time, the designers showed that the 981-generation Boxster was also ideally suited to conquer the switchbacks of the Alps, thanks to its low weight and powerful engine mounted amidships. Freed of all the trappings of comfort, with a shallow windscreen, distinctive roll bar, set of precision instruments from a Porsche 918, single seat for the driver and a helmet shelf instead of a passenger seat, the Porsche Boxster Bergspyder was ready to tackle the mountains. Its weight of just 1,130 kg was nicely complemented by the 393 PS of its 3.8-litre Cayman GT4 motor, so its weight-to-power ratio was just a decidedly healthy 2.8 kg per PS.

The Porsche Boxster Bergspyder made its public debut at the Gaisberg Hillclimb in 2019. Today, it is part of the collection at the Porsche Museum – alongside the lightweight ancestor after which it was named. 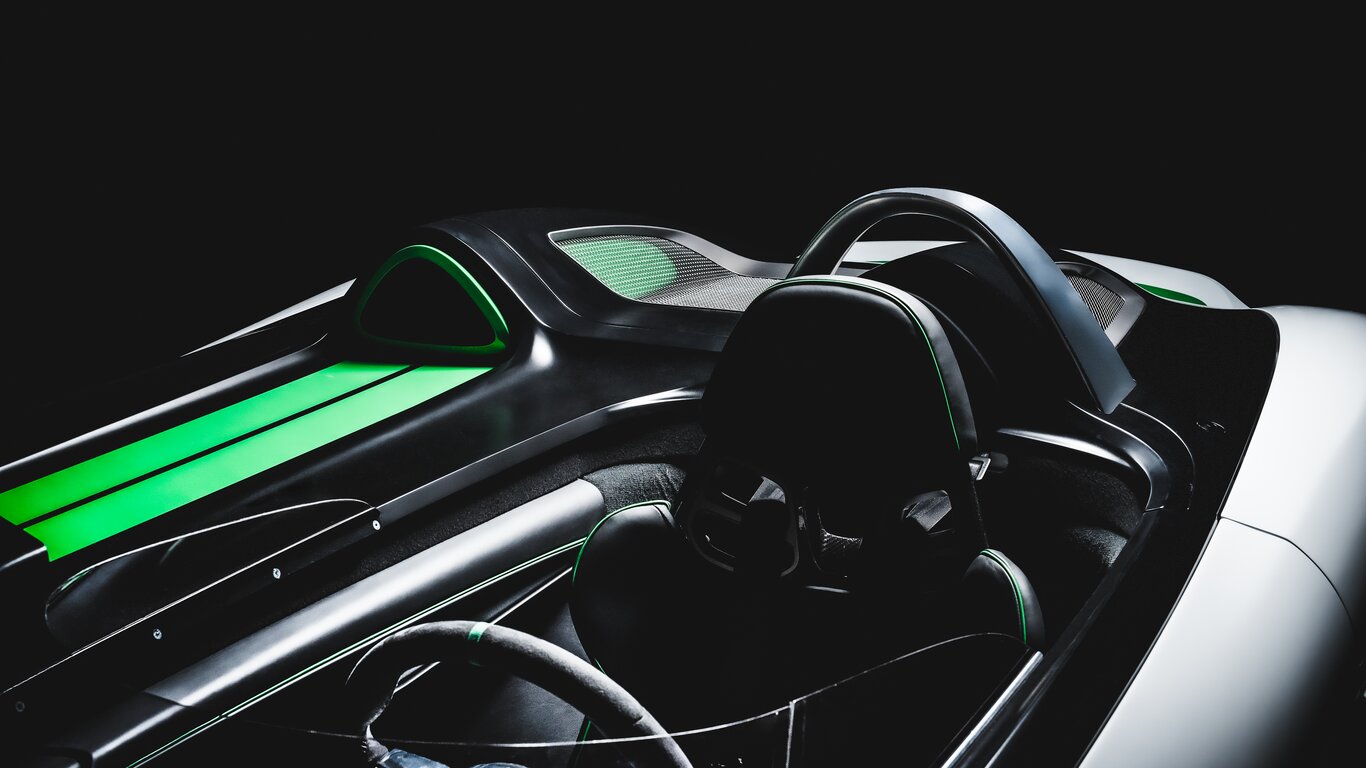 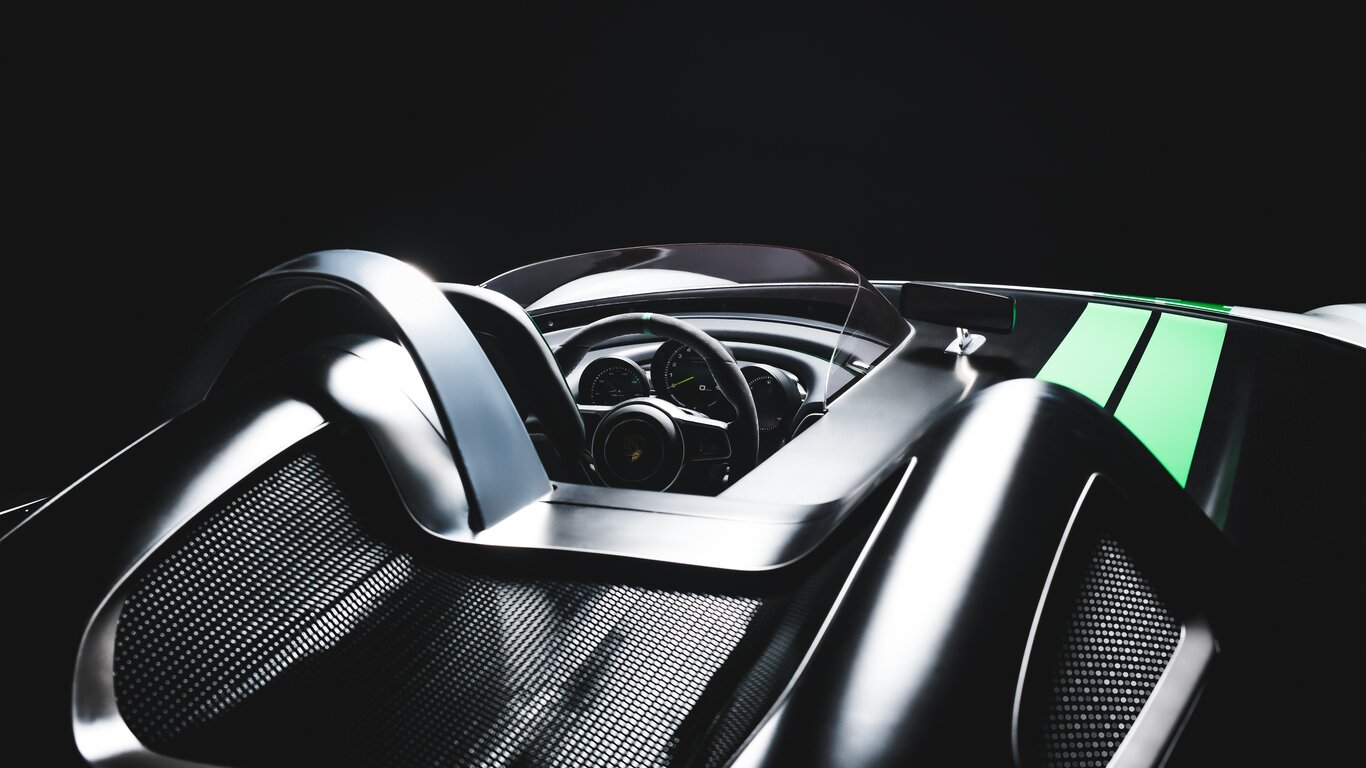 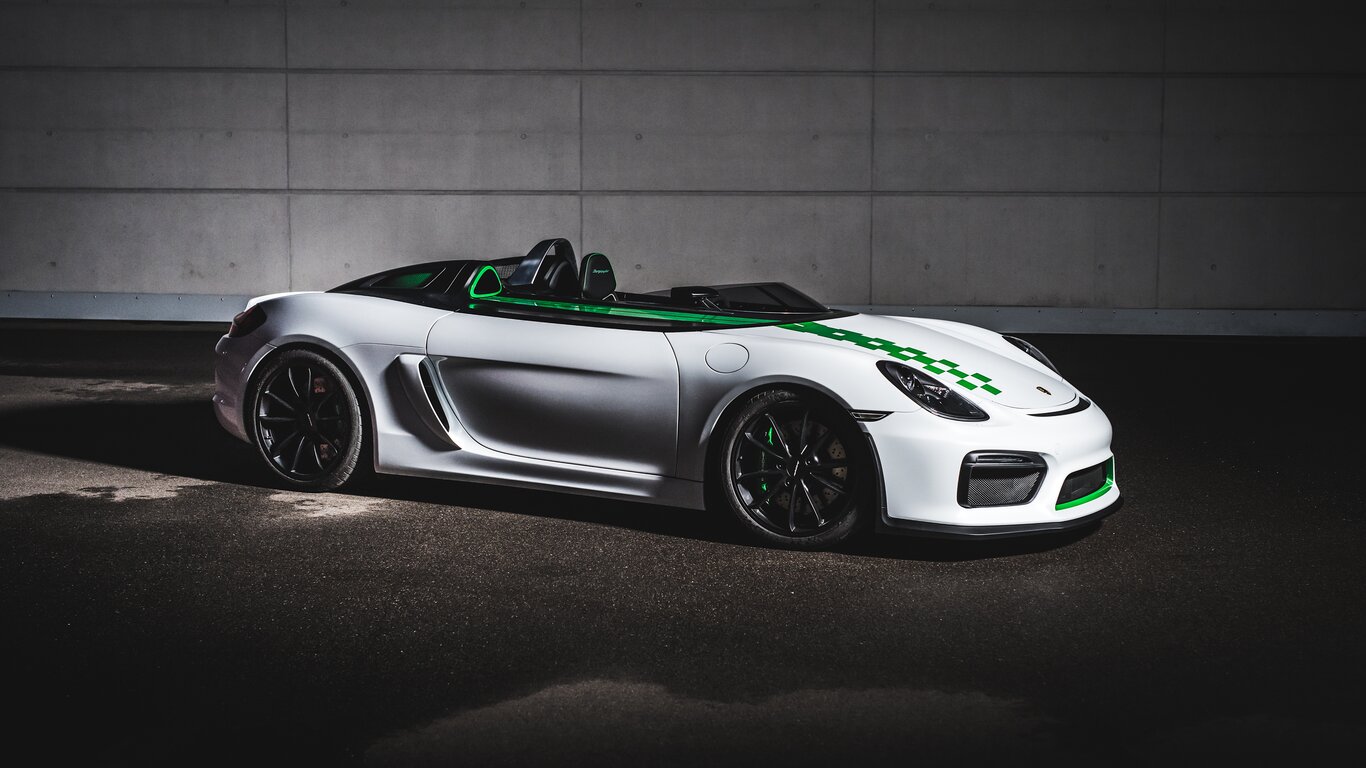 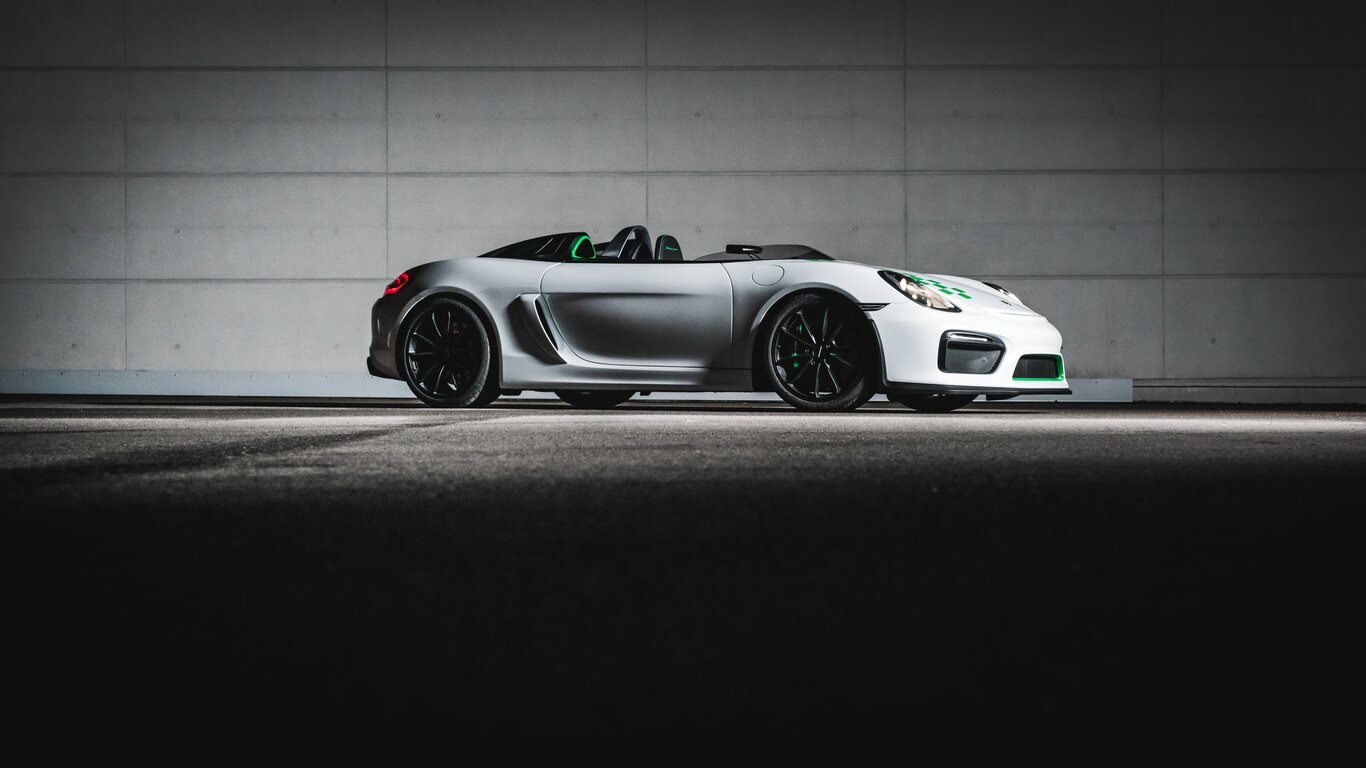 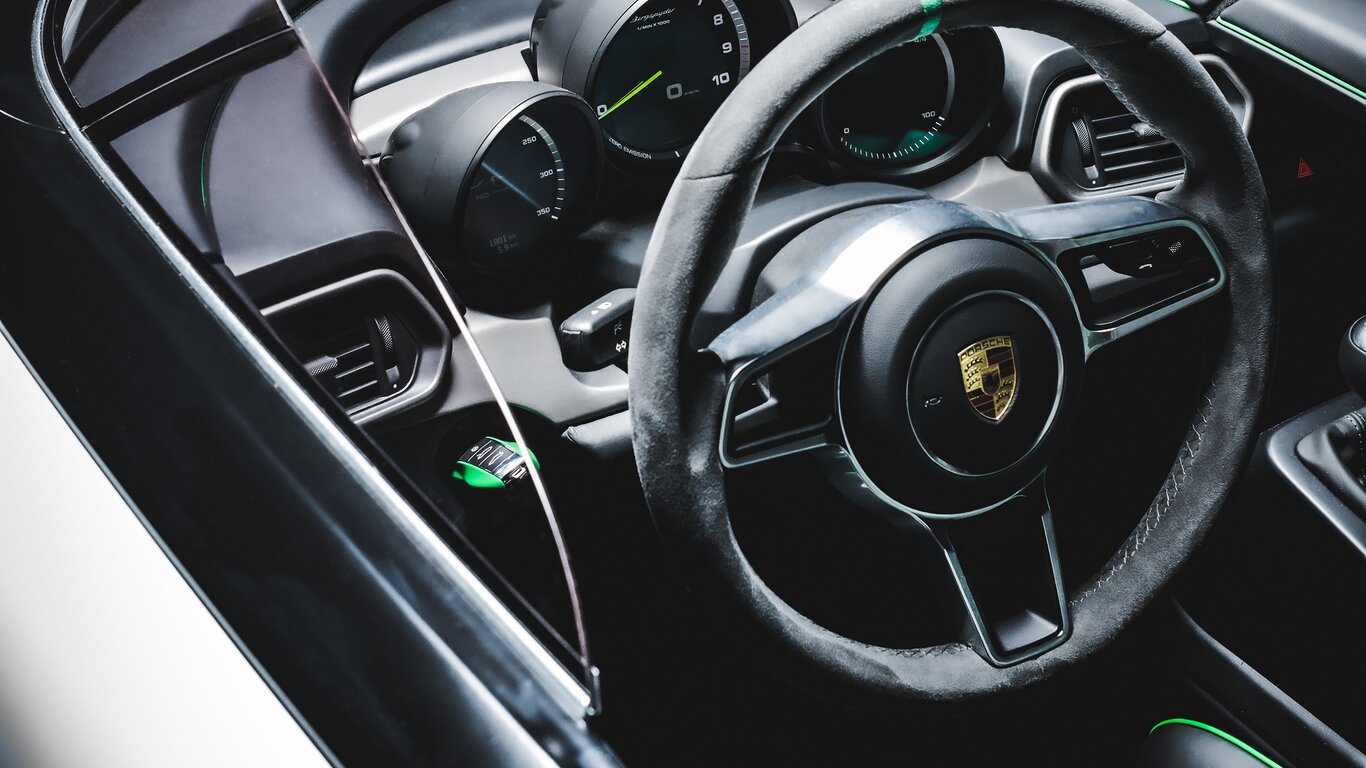 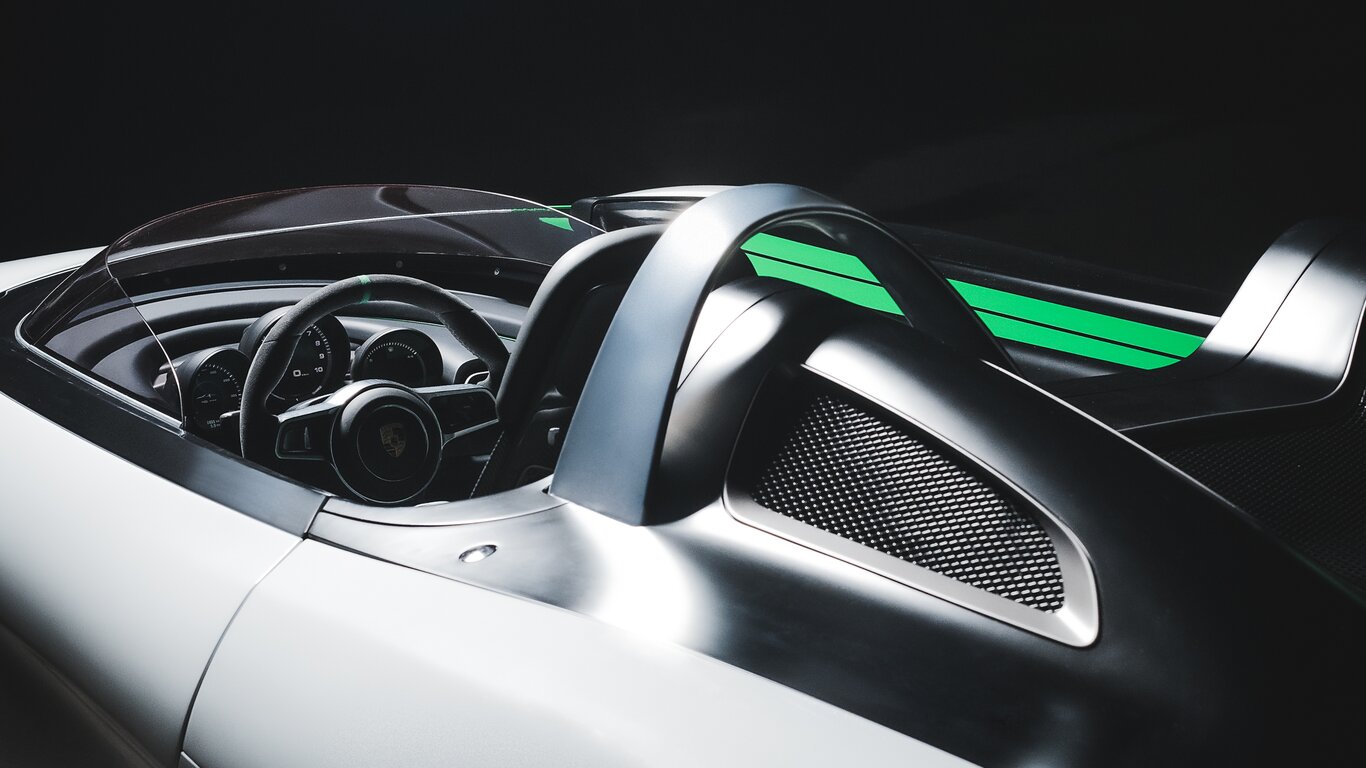 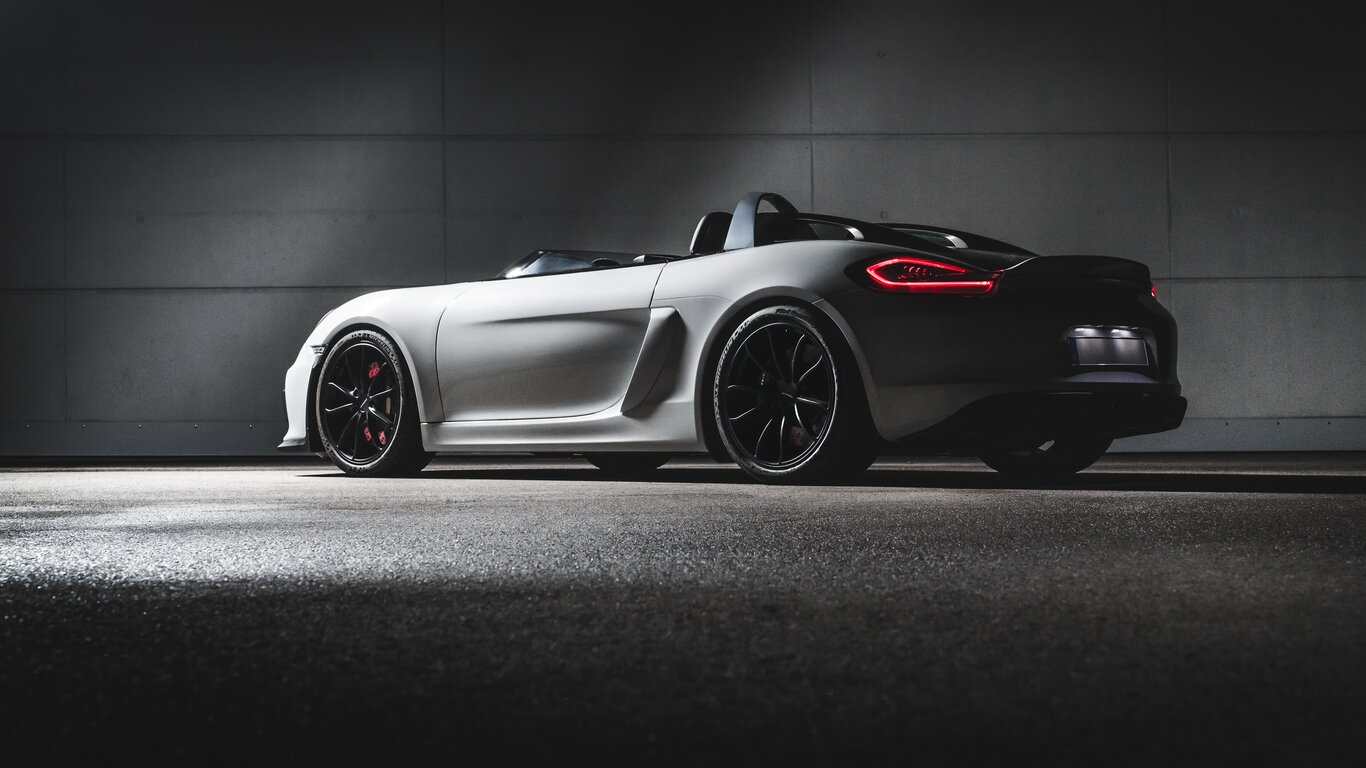 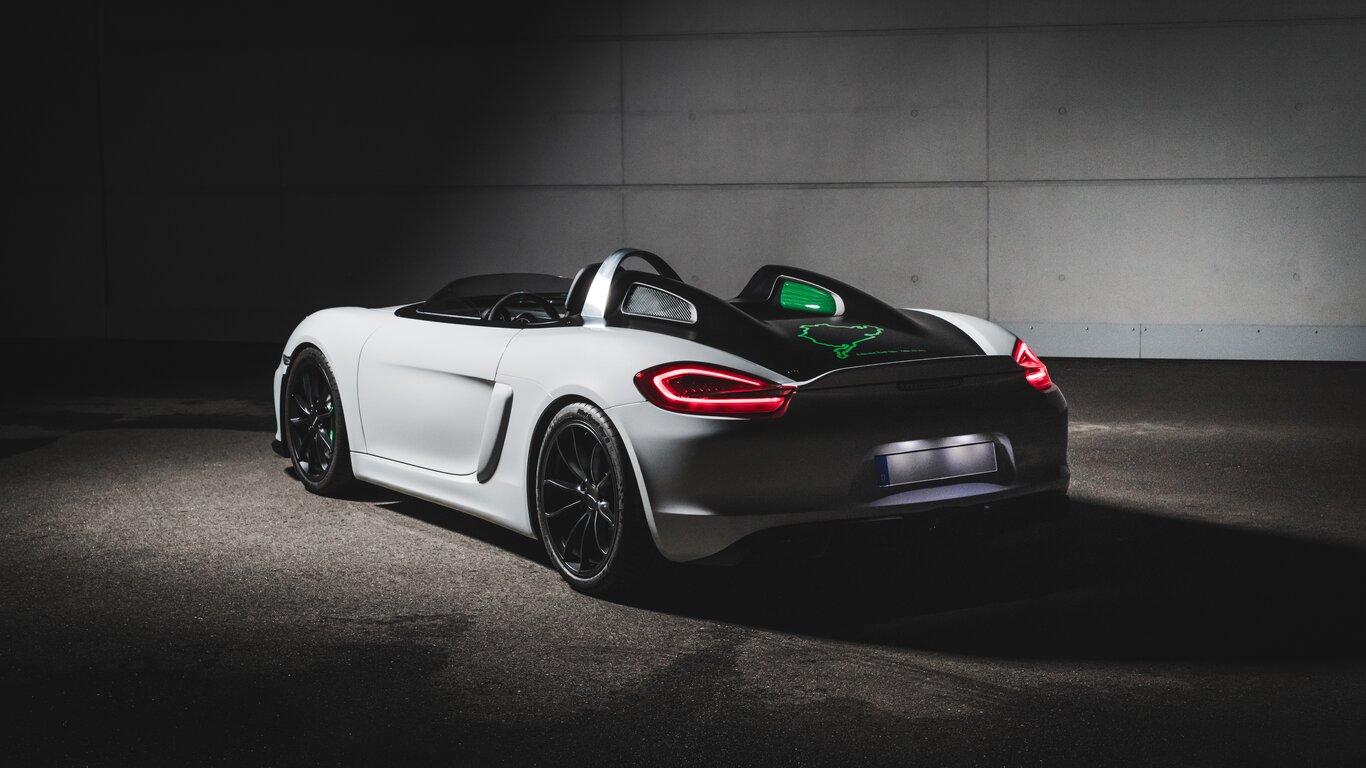 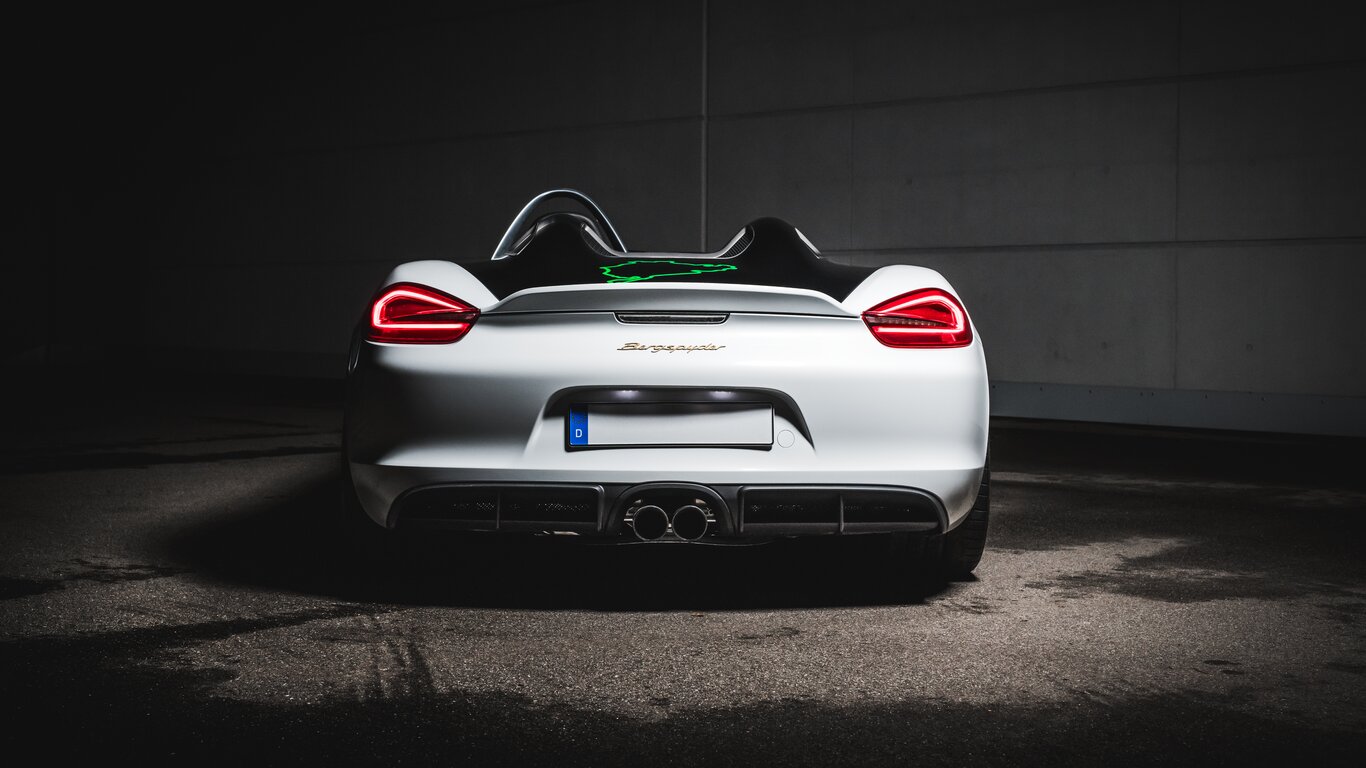 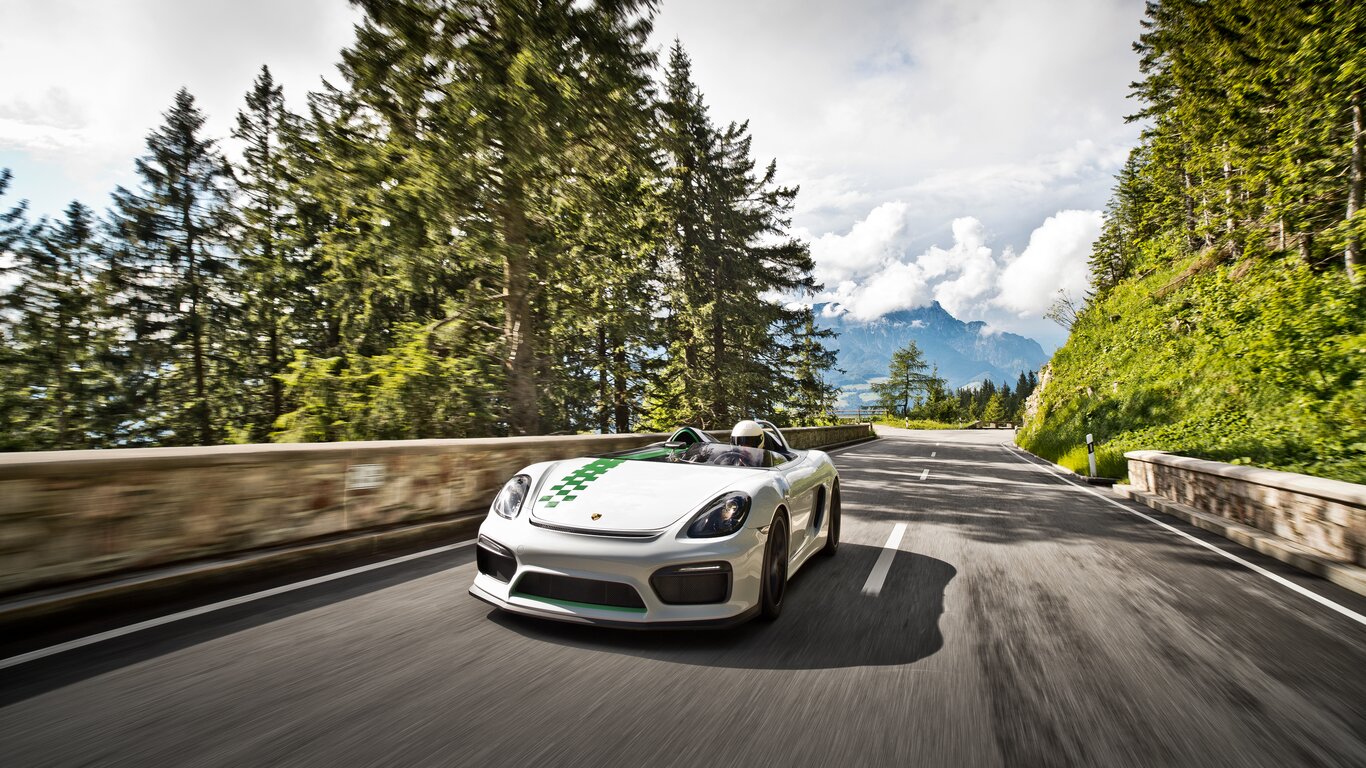 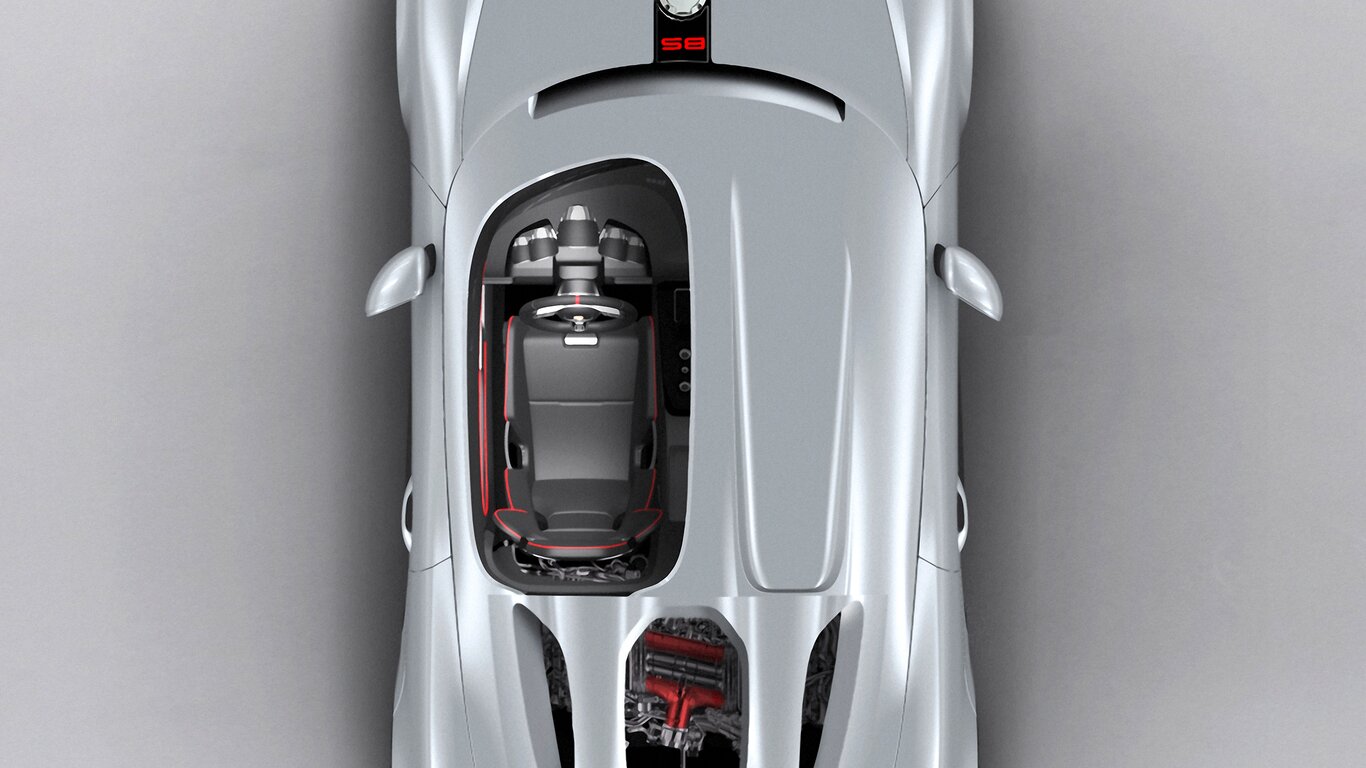